It takes a village to support science in Antarctica.  That village at WAIS includes many people, many of the toughest and hard working individuals I’ve met.  These guys worked day and sometimes night to keep camp up and running.  These people included, in no particular order…

A camp manager who oversaw everything and an assistant camp manager who basically helps coordinate what everyone is doing on a daily basis. There’s someone who helps coordinate the flights (amongst a bunch of other things like trying to get our email up and running and what ever else she can get her hands on when there are no flights coming or going).  A cargo coordinator who’s goal it was to move a lot of old cargo back to McMurdo and receive anything new that came off the planes including science stuff for the research going on there.  There were two guys who operate the heavy machinery.  That meant grooming the ski-way or fork-lifting cargo. They also groomed “town” after big storms.  A mechanic and his assistant (actually at one point there were two assistants) who kept the heavy machinery, snowmobiles, generators and other stuff running well.  A “fuel guy” who recieved the fuel deliveries off the planes, fueled up the planes and all our machinery, generators and tent stoves. Two weather guys that covered 24/7 watch of what this harsh continent’s atmosphere wanted to do from day to day, something we liked to know, but something we need for our (sometimes not so) active airport.  And last but certainly not least, our chef and sous chef who keep us fed!  Oh and a camp medic who helped keep snow melted for our water supply (while everyone stayed mostly healthy), amongst many other things .  That’s who maked up our little camp family.

Who else was there…  well, when camp was getting set up and taken down and about mid-season, we got a crew of carpenters including an electrician.  That can be an additional 5 -10 people at any given time.  There was also a group of 3 guys who flew and helped operate a twin otter that flew from field camp to field camp where they are needed to move scientists around.  The Pirritt Hills Traverse guys drove large trucks and sleds with drilling equipment from WAIS to another area of Antarctica that was needed for a project and too much to bring on a small twin otter flight.  And of course there were the scientist/researchers which added an additional group of people from 2-12 depending on when they overlap here at camp.  So camp ranged from thirteen to upwards of 40 or more people at any given time. 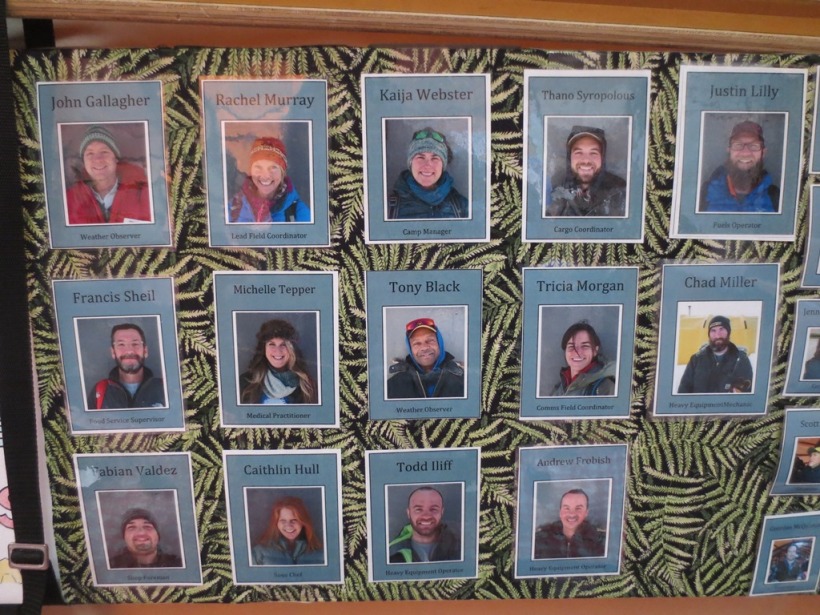 Here are some pictures of our camp crew, the 13 of us, at one of our weekly safety meetings when we were learning how to spot the heavy machinery operators to help them fork lift equipment (basically getting the forks under a pallet of cargo to lift it and move it).  To make things interesting, we had to direct each other with these hand signals to lift a piece of chocolate up with a fork (of all things) and move it to another spot.  The person doing the “forking” couldn’t see the piece of chocolate. Anyway, it was a fun exercise but just goes to show how we all work together, the weather guys, the sous chef and even I got trained on this because there are times where we all wear different hats to run camp and I love to be a part of that. 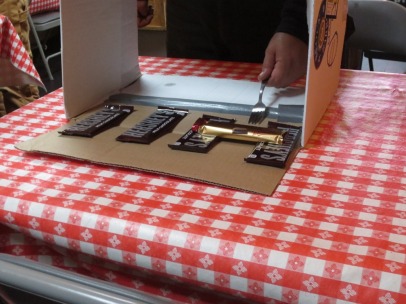 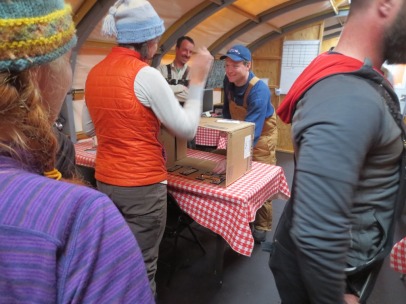 There were also tasks at camp that needed many hands to accomplish.  One such task was folding a fuel bladder that was retrieved from a nearby camp.  It needed to be folded and put into a bag and a box to be safely sent back to McMurdo.   This is all of us working to get two fuel bladders packaged up. (Also a picture of what a full fuel bladder looks like – just FYI). 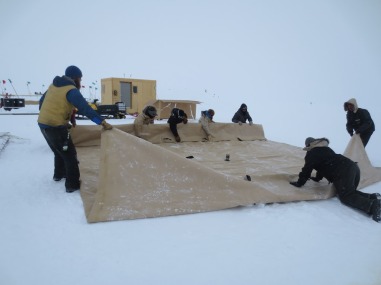 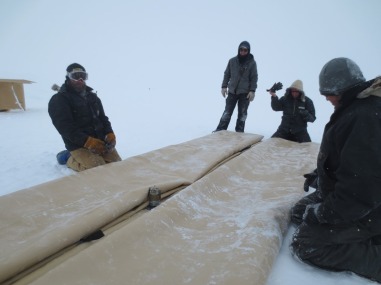 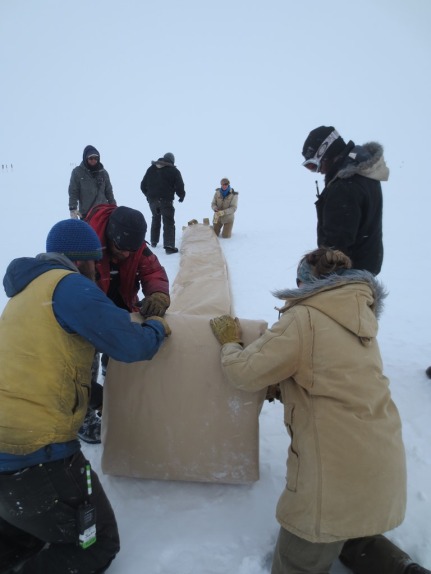 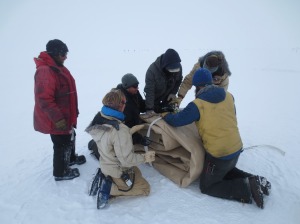 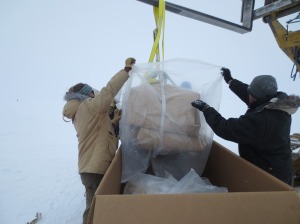 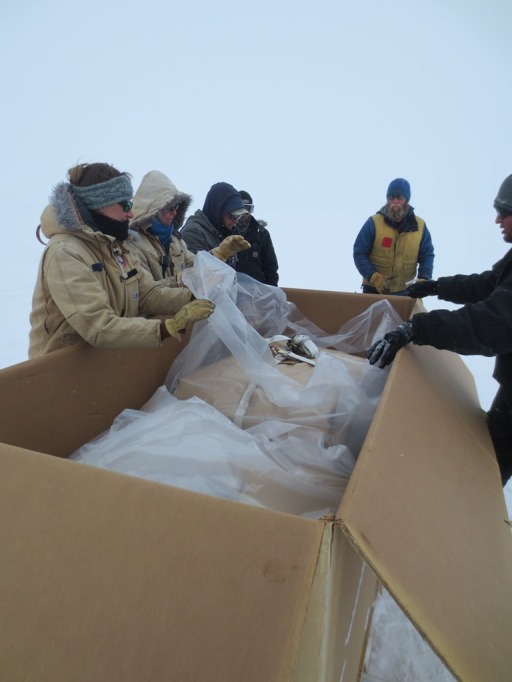 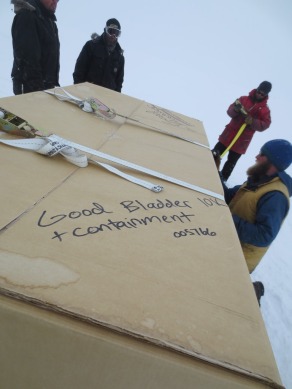 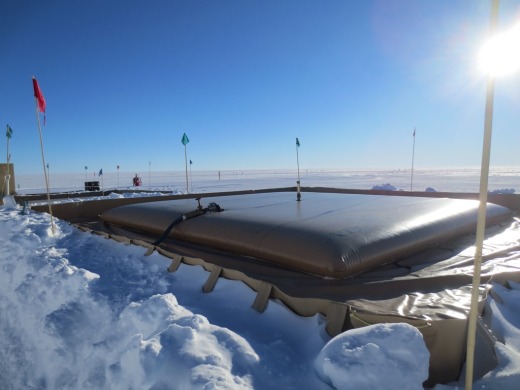