So if you’ve been watching the news, you might have know that John Kerry was here in Antarctica.  Nearing the end of his career he had this opportunity to physically see what all the hype was about.  The town of McMurdo was hustling and bustling to get ready for him.  Its probably the most peaceful place in the world, but security measures were, of course, taken.  Flights were cancelled (or I should say more than usual flights were cancelled as I am still here and still not in the field camp).  He flew in with the latest group coming down from Christchurch, hopped on a helicopter to the Dry Valleys then back to base.  The plan was that he was going to address all of us in the Galley (a different type of galley talk).  They were only going to allow about 300 in the galley, the rest could watch from our closed circuit TVs in our dorm rooms.
I know he’s the highest ranking official to come to Antarctica from the US, but I didn’t want to line the hallway with everyone for a chance to get a spot.  Instead I went on a hike, all by my lonesome on the “Obs Loop Trail” (Obs for Observation).  The hike starts from town up the road towards Scott Base (the kiwi base) and past the giant Fuel Tanks on the hill that house our large quantities of fossil fuels.  Its super windy up there (a great place for wind turbines!!).  then you take a turn towards the Ice Sheet.  From there you can see Scott Base, big fat seals laying out not he ice, and the mountain in the distance.  The trail winds up and down and around Observation Hill towards the Ice and back to McMurdo.  Its just under 3 miles.  I kept stopping every few feet to take pictures, pulling my hands out of my Columbia sports mittens then out of my New Zealand, super soft possum gloves.  Then I’d put them back on, take a few more steps and see another amazing view as the mountain ranges came into sight and I can see the sun, strong and bright hovering just up from the horizon, not to set again until March.  The stark difference between the lava rock that makes up Ross Island from Mt. Erebus against the snow and the ice is amazing.
Parts of the hike were a little scary, I’m not a fan of heights or slippery snow and there was not one soul in sight.  Everyone was hunkering down in their rooms to watch Kerry or lining up along “highway one” the main hallway leading to the galley.  When I popped out on the other side where Mc Murdo was it was like a ghost town.  I was wondering if I should have read the whole email sent to all of us that said when we were to be lined up and which doors would be locked.  Maybe it said we were to stay off trails and roads in town. 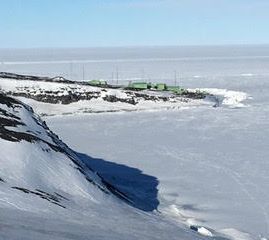 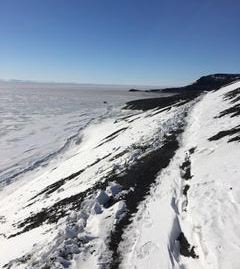 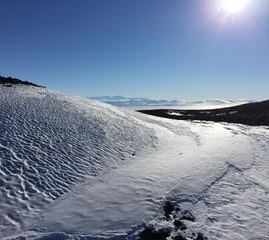 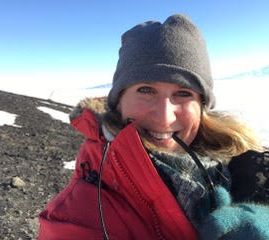 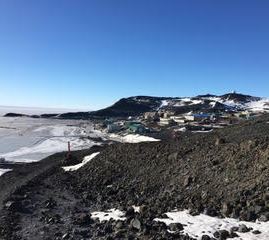 The trail let out by the helicopter pads and wound down to the sea ice before coming back up the main road into town.  I was super warm, sweating onto my base layer under my fleece, puffy coat and my Big Red.  Might have been a little over kill, but it can get windy and cold, especially on the dark side of Obs Hill.  I had learned my lesson the first week and also had my two pairs of gloves and socks on.  I pulled off Big Red, hung it on the coat racks by the Galley and saw that the line had just finished up going inside and a few stragglers were still going in so I followed, peeling off layers as I walked, I could feel that my face was red from walking, wind or sunburn (or some combination of the three).  Surprisingly, there were still empty seats, I found one, but then got up to get a bag of popcorn… why not.  IT was a half an hour at least before he showed up, I wished I had ran back to my room to change out of my additional long underwear and my wet and now cold base layer.  (I called it my “scott base layer” cause I bought it at Scott Base where they have awesome icebreaker clothing).   I killed the time chatting with the people around me who at this point I think I practically know everyone on campus.  I had a woman who worked in the kitchen from Bulgaria on one side in some very vibrant yoga pants and an older guy from Australia who I think works in carpentry with his motorcycle jacket that has embroidered “The Frozen Few” (the local motorcycle club here, and no there aren’t any motorcycles here, just snow mobiles).
Kerry’s talk was, I think, heartfelt.  He talked about his long career and the evolution of Earth Day, the EPA and the clean drinking water act to name a few.  He mentioned the West Antarctic Ice Sheet (whoo hoo – I’ll be living on that for a few months if I ever get out of here).  He recognized our efforts here and encouraged us to inspire others.  He didn’t talk about the recent election except to say he wouldn’t be talking about it.  The speech did not seem scripted but he was for sure preaching to the choir about climate change.  In the end I was glad I made it in person. 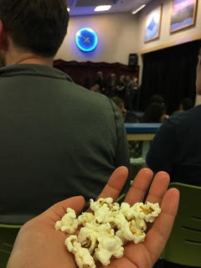 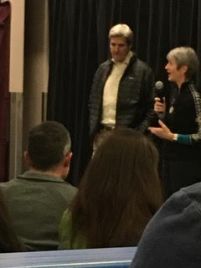 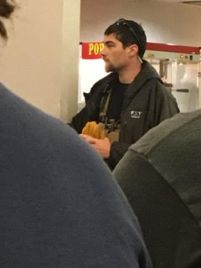 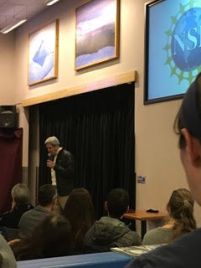