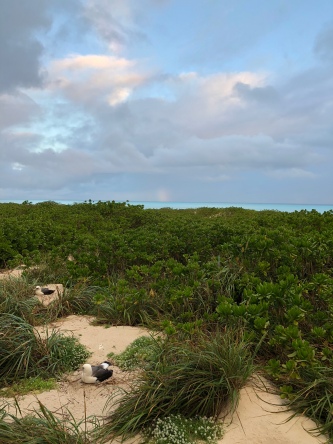 I started my day at the Clipper House (where we eat) but when I was done eating the skies had opened and it was showering down so I sat out on the covered deck with one of my new island friends and watched a slight rainbow over the water grow from a colorful haze just over the water to a double rainbow.

I feel like it’s impossible for me to turn away from a rainbow, they seem so rare that we should enjoy every second of them.  (This was two I’ve seen now in the barely three days I’ve been here) 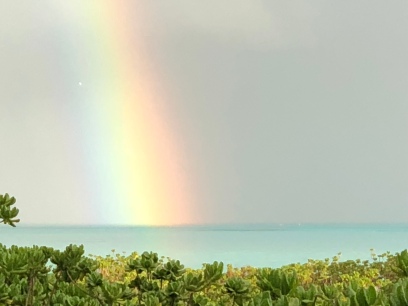 I took a bike ride to the north side of the island (I think) and combed the beach.  My goal was to find an old glass float and I found a cute little blue one!  There’s also a bunch of old glass bottles (thinking of sending messages back out in them).  Not sure what the large glass light bulbs are, I found three, two clear and one orange/red one.  I think they might be from light hoses or maybe the lights from old ships, but I’m gonna ask. 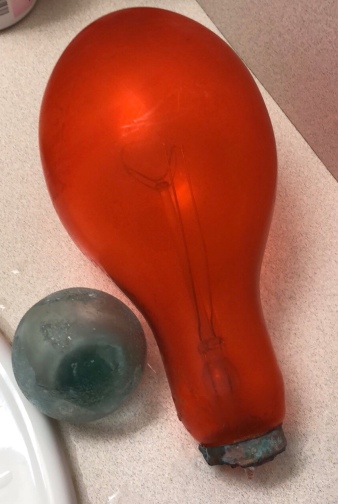 I have to say, it’s only day three but every day I’ve been here I’ve felt so lucky!  Today was no different, standing out on the pier and looking out into the clear waters and white sand beaches.

Sadly, the beaches are not pristine.  Something I will for sure be blogging about later but for those of you who know me, I’m anti-plastic and pro recycling.  Been known to have a bunch of garbage on my kayak deck when I come in from a paddle and visitors in my house often leave their garbage on the counter for fear of throwing something out that I’ll later call out is recyclable or compostable. 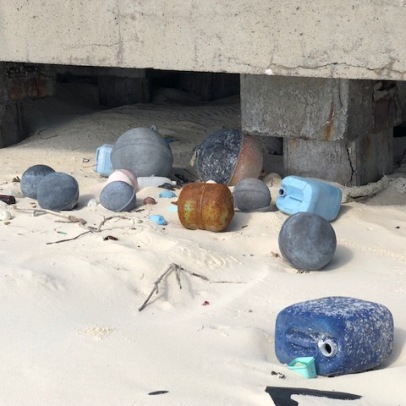 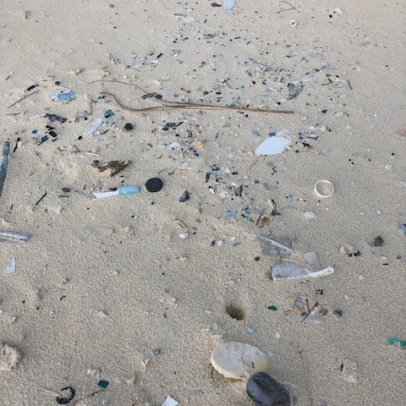 Many of the beaches are off limits for the monk seals and sea turtles.  I might have wandered to the edge of one of those beaches cause I was looking down at all the plastic garbage in the sand and the next thing I know I was about 30-40 feet of a giant sea turtle!  I quickly turned back, good thing it wasn’t a monk seal, they can be aggressive.  I’ll have to look at the map again and make sure I’m not breaking the rules.  (This is where I say I’m not a rule breaker, but I can’t honestly say that.). For the sake of the wildlife here… I plan to follow the rules.